Posted at 07:24h in Stories by john.thorpe

When Jane went in for a routine check-up with her obstetrician at 37 weeks pregnant, she did not expect to be holding newborn baby Hugo in her arms just a few hours later. The joy of Hugo’s quick and smooth arrival was soon replaced by anxiety when he developed feeding difficulties. At only 36 hours old, little Hugo was admitted to Sydney Children’s Hospital, Randwick, where he was diagnosed with Hirschsprung’s disease, a medical condition that affects the bowels causing chronic constipation. 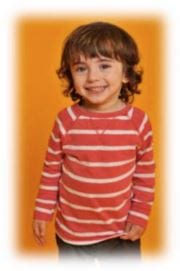 Hugo’s condition was managed until he was old enough to have more invasive surgery at seven months. His proud parents watched on as Hugo began eating well and smiling more often. “He turned into a happy little baby,” said his mum. Worryingly, only a few months later, his tummy swelled up and he began to have trouble breathing.

Doctors found five separate tumours – each the size of a large peach – throughout his tiny body. After investigation, his doctors also determined that the tumours and the Hirschsprung’s disease had both developed due to an underlying rare genetic condition. Hugo underwent regular rounds of chemotherapy to combat the aggressive cancerous tumours. “Hugo lost all of his hair, but was otherwise in really high spirits and very resilient,” said Jane.

Once he was big and strong enough, Hugo underwent a grueling nine hour operation, which successfully removed 95% of the remaining tumours. He recovered quickly in the Intensive Care Unit and was able to return home in time for Christmas with his family. “We were so happy with the care and treatment that Hugo received from the Hospital staff. They were always in tune with his needs,” said Jane.

Earlier this year, however, a routine checkup showed that the tumours were slightly larger than before. Hugo continues to see a number of specialists at the Hospital to monitor and treat the slow growth. “Despite that, he is progressing very well. He has just started swimming lessons, enjoys playing with his two big brothers and is very excited to start daycare next year,” said Jane.


Help us achieve our vision.
You can help us reach our goal of helping to create a 100% survival rate for children with cancer.
GET INVOLVED